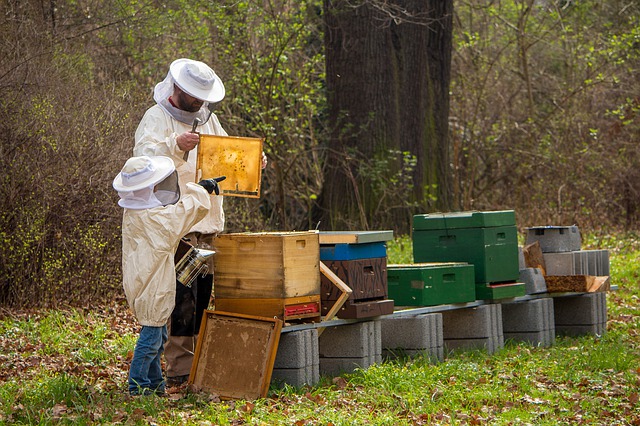 STEP BY STEP GUIDE TO APICULTURE

Let’s start with Introduction To Apiculture

Beekeeping or (Apiculture is derived from the Latin word “Apis” meaning “Bee” ) which means domesticating honey bee colonies by humans to get Honey and other beneficial products.

A Beekeeper or Apiarist keeps and maintains Bee colonies in order to collect Honey, Beewax, Propolis, Pollen, Royal Jelly, to pollinate crops or to produce bees for sale to other beekeepers.

In records, it has been found that Beekeeping dates back to 15,000 years ago. Human civilization started the domestication of the honey bee. Egyptian art shows that humans started to domesticate honey bee 4,500 years ago.
However, until 18th Century Beekeepers were unable to move beehive from one place to another without disturbing their colonies.
Europeans observed and studied the nature of the bee, their colonies, and biology. This gave the idea to construct movable beehives that enabled the commercialization of Honey Bee production.
Langstroth invented the artificial hive, this enabled scientific and commercial extraction of honey. Before this invention, the honey extraction method was primitive and not too beneficial.
Let’s now learn a few biological details about Honey Bee
Phylum: Arthropoda
Class: Insecta
Order: Hymenoptera
Family: Apidae
Genus: Apis
Honey Bees are organized social insects i.e. they live in colonies and support each other. They remain highly active in spring. They exhibit Polymorphism and the Division of Labour.
Have you imagined how bee communicate with each other, unlike us they do not use words to communicate? Usually, they communicate with each other by the Waggle dance in which the rate of dance is proportional to the distance of food.

Although there are about 12 varieties of honey bee but I am going to discuss four important types or species of Honey Bee in this article.
Apis dorsata laboriosa
They are popularly known as “Rock Bee.” It is also known as The Himalayan Giant Honey Bee. Rock bee is the world largest honey bee. It’s of 20 mm in size.
A single comb of the beehive of rock bee makes 60 pounds of honey which is the maximum amount of a comb. Their worker bee pollinate 12,000 flowers daily.
Worker rock bees are very small and active. Due to their ferocious nature, they are not Domesticable.
Apis cerana indica
They are popularly known as “Indian Bee” or “Asian Bee.” They are slightly smaller than rock bee. They prefer to live in dark places by making parallel combs of one foot in the protected area.
They are known as the very gentle species that’s why they can be domesticated very easily. They produce 6 to 7 pounds of honey per comb which is much lesser than the Rock bee.
Apis florea
They are known as “Little Bee”, “Dwarf Honey Bee” or “Red Dwarf Honey Bee” because of their small size. They are smaller than Rock Bee and Indian Bee.
They are not social that’s why they make a single comb to live. They have docile nature which means they are obedient and have a rare stinging habit. Because of this nature, their beehive can be easily removed.
They are naturally found in Southern and southeastern Asia. Their body size is of 7 to 10 mm.
Apis mellifera
It is also known as “Europian Honey Bee” or “Western Honey Bee.” It is considered the best species from the commercial point of view although it produces less amount of honey.
Its Italian variety is commercially used and domesticated everywhere in Europe and America in artificial hives. 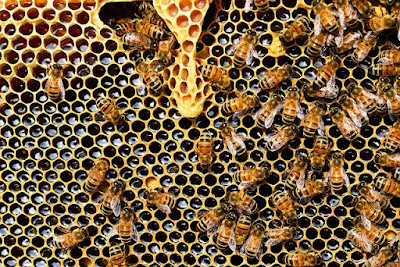 In this article I have discussed about Honey Bee and Types of Honey Bee. I will be updating this article with more information. Subscribe my blog to stay connected.

You can Contact Us to ask questions or to give feedback to us.