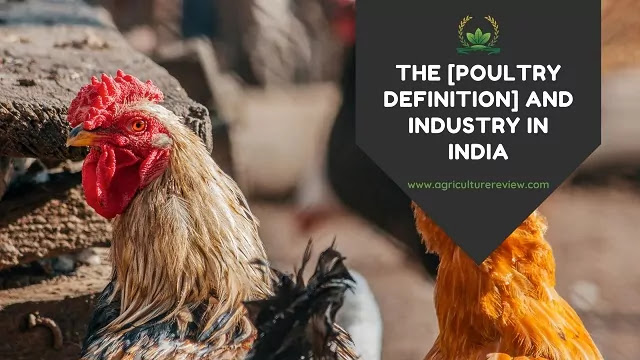 The term poultry refers to all those species of birds which are reared for economic benefits and they should be able to reproduce freely under captivity.

The study of principle and practices involving production, processing and marketing of poultry and its products is called poultry science. 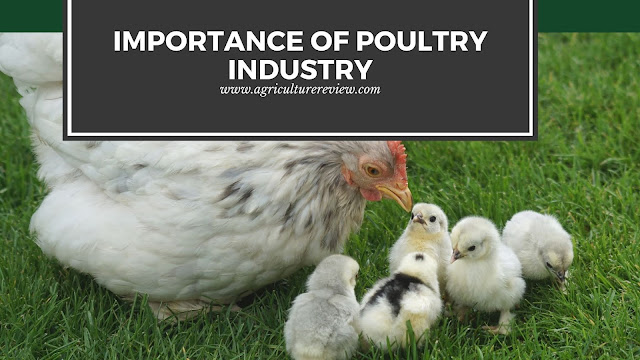 In India, if proper atmosphere is provided for the growth of this industry then it can yield annual growth of 26,000 crores Indian Rupees to gross national product for next 30 years and provide remunerative jobs to 3.7 million people in rural areas.
It is a very versatile industry and can provide jobs to all categories of people.

Eggs and chicken meat are, perhaps the cheapest sources of protein to fight protein malnutrition in India.

Almost all parts of poultry have one or the other kind of use. For example, fertile eggs are used in vaccine preparation, inedible eggs from hatchery can be used as animal feed and fertilizer, albumen is used in many pharmaceutical preparations, paints, varnishes, adhesives, etc.
Egg yolk find its use in manufacture of soaps, paints and shampoos, etc.

4. Use In Research Work

Poultry can be used as good laboratory animals because of their small size, low feed intake, ease in handling, fast and sensitive metabolism, etc.
You will love reading them too:
और पढ़ें: HYDROPONICS FARMING MADE GANESH SINGH BISHT A MILLIONAIRE!
और पढ़ें: 10 REASONS ON WHY YOU AND YOUR NEIGHBOUR SHOULD START GROWING PLANTS!
और पढ़ें: THESE 13 INDOORS PLANTS CAN SAVE YOU FROM CARCINOGENS!

Development of Poultry As A Industry

According to Darwin, modern chicken ( Gallus domesticus ) are descendents of the wild species Gallus gallus. But there are some others who believe that modern chickens have been contributed by four wild species found in South East Asia:

The early efforts to improve and exploit economic potential of Chicken was first made in 1873 when American Standard of perfection was formulated to register various breeds of chicken prevalent at that time. Some of the breeds registered then, exists today also.

The need of more eggs and meat were felt during World War II which gave impetus for the scientific development of poultry industry.

The rank of India in egg production is 3rd and it is 7th in chicken meat production in the world (Watt Executive Guide, 2015).

About Rs.70,000/- crores are being contributed by poultry industry to the national GDP. Poultry industry is providing employment to more than 4 million people either directly or indirectly.

A valuable organic fertilizer, poultry litter is produced in huge quantity of about 2-2.5 million tons as a byproduct every year.

The poultry industry is concentrated in certain pockets of the country. The State of Andhra Pradesh, Telangana, Tamil Nadu lead the country followed by Maharashtra, Punjab and West Bengal.

Poultry meat has become popular and is on the rise during the last two decades. 45% of the total meat consumed is the poultry meat and  it is the most popular meat from any single livestock species.

In India Chicken dominates the poultry production in with nearly 95% of the total egg production and the rest is contributed by ducks and others (DADF, 2014).

Many breeds of native chicken like Aseel, Kadak Nath, Tellicherry, Haringhata Black, Nicobari, Danki etc. are found in India. They are still popular among the rural and tribal areas for back yard/ free range farming.

For the commercial farming, high yielding crosses are recommended.

These high yielding crosses are being developed and supplied by the private sector like Babcock, Bovans (egg type) and Cobb, Ross, Hubbard (meat type) are being used.
The crosses like Krishilayer, Krishibro (multicolored broiler etc.) are popular in certain areas and have been developed under the public sector. 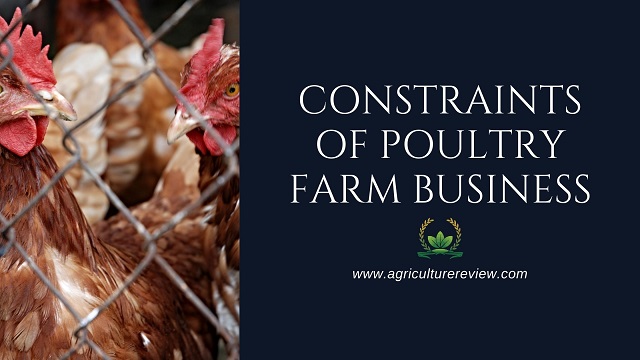 The standard chicks are often made available either by improved breeding of indigenous germplasm or by importing the improved stocks from developed countries. India is following both approaches.

However, the selective breeding can only be undertaken if the native stock possess a moderate to high genetic potential for improved performance. for instance “Partridge Greenlegs” in Poland, “Wagogo” in Tanzania and therefore the “Dokki-4” in Egypt.
The other sort of programme to form available the standard stock is importing the improved strains when the local stock is usually poor. This sort of programme is being followed in India.
All India Coordinated scientific research on poultry Breeding aimed to develop suitable strains of egg and meat type chickens, like international standards in productivity and acceptable to industry in light of prevailing agro-climatic conditions and also an effort towards import substitution has been the primary major public sector effort for commercial poultry breeding research within the country.

With mushrooming of private hatcheries and no mandatory quality control over chick production, many poor quality chicks are delivered to the farmers.

Admixture of ingredients resulting in poultry ration is deficient in energy. The increasing cost of feed and frequently the inferior quality of feed stuffs and compound feed have serious detrimental effects on poultry production in the region.
These problems are made worse by inadequate domestic feed resources and feed analytical services, the proliferation of small units manufacturing feed and feed supplements and the lack of statutory control over feed quality.

Marketing of poultry products is the most serious problem confronting the industry.it is still inn the hand of private traders who exploit it maximum to their advantage. The sufferers are both consumers and producers.

Govt. agencies at state level like MAPDEC, TAPCO, MAFCO etc. could not help much to streamline the marketing. The National Agricultural co-operative Marketing Federation of India Ltd. (NAFED) has been set up for the marketing of eggs and poultry meat in north India.

A long term policy decision needs to be taken at the govt. level whether to export eggs in order to regulate local market and to earn foreign exchange or not.

In case, it is decided, it may be clearly understood that the egg export will have to be done at loss at the beginning. In addition, necessary infrastructures for handling, cold storage facility and egg grading, washing and packaging have to be develop for substantially large number of eggs.

But the confidence of poultry farmers has been eroded in sound health cover because they have suffered considerable economic loss due to emerging diseases and often by failure of vaccination programme, breakdown in immunity, lack of adequate diagnostic facility and control services.

Income from poultry farming was exempted from income tax from 1963-1975. During this period there was record growth of this industry.

Poultry farming suffered set back due to withdrawal of this incentive gradually, and in 1980-81, there was rather a negative growth when the incentive was totally withdrawn. It may be understood that this sector is in its infancy and requires support and encouragement for rapid growth.